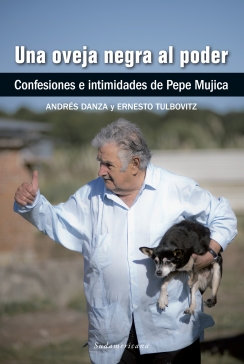 His path to power and his arrival, how he experienced it, the conflicts over his credo and protocol, his meetings with figures such as Obama, Fidel Castro, Putin and Chávez, the loneliness of sometimes feeling out of your element. All of it is told by Pepe Mujica himself, and by many witnesses at a dizzying pace that gets the reader involved from the very first page. This book was compiled out of more than 100 hours of both public and private conversations showing the man behind the image, who confesses that he has always felt like a “black sheep.”

Andrés Danza began his career writing long-form journalism for literary magazines, then became a contributor to El Observador. He has accompanied various presidents on international tours and has been the editor-in-chief of Búsqueda since 1996.

Ernesto Tulbovitz has worked for the Centenario and Panamericana radio stations, the newspaper Últimas Noticias and the magazine Tres, as well as other communication media in Spain, El Salvador and Argentina. He is currently the editor of Búsqueda’s political section, and has traveled with President José Mújica to more than a dozen countries.