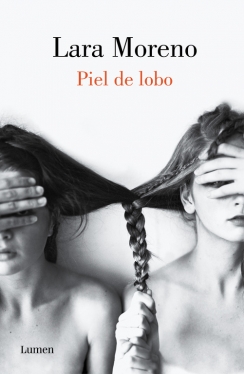 After their father’s death, Marta and Sofía go to their family home to deal with his things. Their reencounter with his possessions brings back memories of their life. Wolf Skin is two stories in one: the transformation of that town over the last thirty years, and the attempt to reconstruct a life. The need to find a place where they belong and an identity to call their own. It depicts a Spanish generation, and its attempt to adapt to the new circumstances: a society in perpetual crisis and constant change that forces them to reconsider everything they’ve been taught.

Lara Moreno (Sevilla, 1978) writes the blog “Guarda tu amor humano” and is one of the most striking new voices in Spanish prose. She currently lives in Madrid, where she works as a freelance editor and is considered to be one of the best emergingvoices of the Spanish narrative.