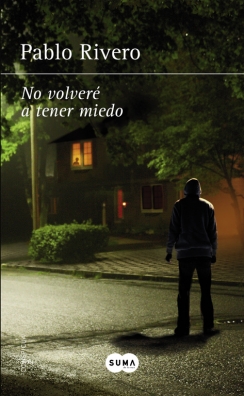 (No volveré a tener miedo)

From the beginning, we know that the protagonists are going to die and that one of them is the murderer. Discovering who kills them is not as intriguing as how it happened. A disturbing and sordid story, with a hypnotizing influence, that grips you from the first lines and sweeps you along until the end.

On the dawn of 6th April 1994 a family is murdered while they sleep. The crime profoundly affects Spanish society because of the brutality of the events and also because it’s committed in cold blood by one of the family members. These are the last seven days of their lives. Seven days in which anyone could be a victim or an executioner and after which fear will disappear forever…

After a heated argument, the father abandons the family home. Laura, the mother, regretful of having brought to light the secrets that they worked so hard to hide, will have to deal with the two sons she never wanted while finding a way to make him come back. Raúl, the oldest son, obsessed with horror movies, tries to run from his darkest temptations to the rhythm of Nirvana songs. While Mario, the youngest, finds the key to understanding his father’s absence in the story his brother tells him of a man waiting each night in front of his window.

What will this man have to do with the crime that will occur only seven years later? Did he have anything to do with the disappearance of the young Jonathan García that happened a year ago in the same neighborhood?

Pablo Rivero (Madrid, 1989) takes the plunge into literature with a disturbing, hypnotic and genuine novel. Pablo became famous as an actor playing the role of Toni Alcántara in the TVE series Cuéntame cómo pasó. His work is not limited to TV, he also works in cinema and theatre acting in films and plays. I Won’t Be Scared Again is his debut novel.