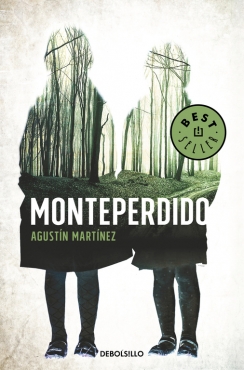 A fascinating and breathtaking thriller, but also the story of a group of characters marked by the loss: how they try to overcome it or how they are sunk under it

Five years after their disappearance, the town of Monteperdido still mourns the loss of Ana and Lucía, two eleven-year-old friends who left school one afternoon and were never seen again. Now, Ana reappears unexpectedly inside a crashed car, wounded but alive, beside the corpse of a man. While the town struggles to comprehend the startling turn of events, the case reopens and a race against the clock begins to discover who the dead man is, who was behind the girls’ kidnapping and where is Lucía. As the investigation moves on, the story takes a step forward, which is also a step into the villagers’ lives: their conflicts, their secrets…