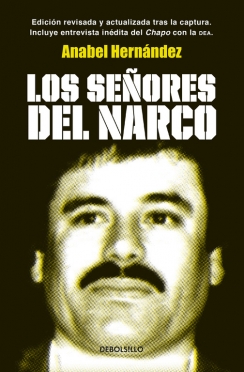 A no-holds-barred account revealing the jaw-dropping complicity between high-ranking politicians, military men, police and businessmen with Mexico’s organized crime.     Anabel Hernández obtained access to a vast store of documentation—unpublished until now—along with direct testimony from authorities, experts, and members of the main Mexican drug cartels. This allowed her to rigorously examine the origins of the bloody struggle for power between criminal groups, and to question the “war” supposedly being waged by the federal government against organized crime.   This text is a shocking journey into the world of narcotrafficking to expose the powerful forces behind it, which Hernández does not hesitate to call out by name. She focuses on one of the biggest figures in drug dealing, going back to the 70s and 80s. As she explains the rise of “El Chapo” in the crime hierarchy and how his “impunity agreements” with numerous public servants and businessmen take their horrific toll, she demolishes the myth of his escape from Puente Grande prison in a laundry cart.