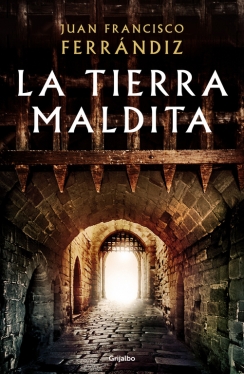 A fascinating historical epic. Barcelona, 9th century: an indomitable land, where faith and love are punished by the conspiracies, retribution and ambition of the depraved nobility.

Bishop Frodoí arrives in Barcelona, a dark city of 1,500 inhabitants in the confines of the kingdom, followed by French colonists looking for a home and prosperity. They are convulsive times for the Spanish March, a land in decline, where the law of the French King barely reaches and the unscrupulous nobility is only looking to fill their own coffers.   Frodoí tries to save the city, along with his loyal followers and a secret romance. Between rivalries, conspiracies, adventures, betrayals and intrigue, the bishop must confront the nobility, dark and dangerous warriors, and further the construction of the Cathedral, where he will advocate for a spiritual restauration. An unexpected finding is key for the future of the city and to achieve Frodoí’s goals.

Juan Francisco Ferrándiz (Alicante, 1971) works as a lawyer. His novel Las horas oscuras (Grijalbo, 2012) was a revelation in epic narratives, as well as an instant best seller. He later confirmed his place in historical fiction with the novel La llama de la sabiduría (Grijalbo, 2015).