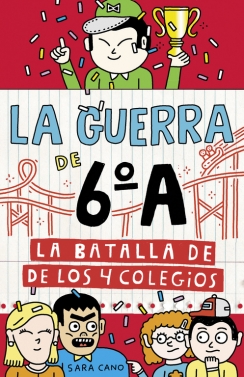 Kokoro Kakari, the greatest video games developer on Planet Earth, has invited the two sixth grade classes to the opening of his new theme park, Kurumiland. The park couldn’t be any cooler and Kakari has prepared a spectacular launch: a tournament between schools in which four sixth grade classes will have to compete in video game challenges to win the Kurumi Cup.

They know some of their opponents already, like Olga and the little braniacs from MenBris, but the other schools (a mob of rhinos and a tribe of elves who look like they’ve come from another universe) are also going to be difficult to beat. And Álber is ready to do anything to impress his idol… But having Class 6B in the same team as them is not going to be easy….