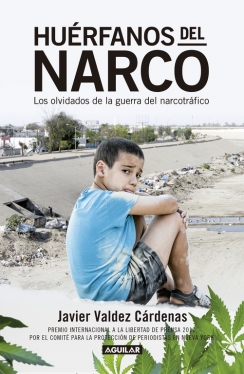 A collection of heart-rending, first-hand accounts of a generation affected by the violence of organized crime and drug trafficking, and a passionate investigation into how those who lost their families—and all hope along with them—manage to survive. This book gives voice to the children orphaned by violence, kidnappings, torture and murder and at the same time demands more awareness from our society. This and his other books have made the author the most credible journalist on the effects of the drug war in Mexico. Huérfanos del narco includes interviews with the families of the 43 students who disappeared in Ayotzinapa in November 2014.