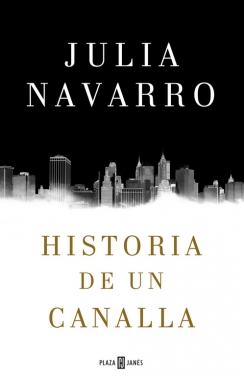 Julia Navarro
Story of a Sociopath

This riveting book is set between London and New York, from the nineties to the current day. Thomas describes accurately and with shocking realism the shadowy mechanisms used by those in power and the sophisticated stage that the superrich and the mass media employ to promote politicians, who are simple actors playing a role written by someone else. His story is a stark, first-person account of his complex, destructive personality that finds greatest satisfaction in making others unhappy, even those he loves. Thomas Spencer’s shameless confession raises constant questions in the reader’s mind, forcing us to see the true nature of power in all its harsh reality through the story of a sociopath.