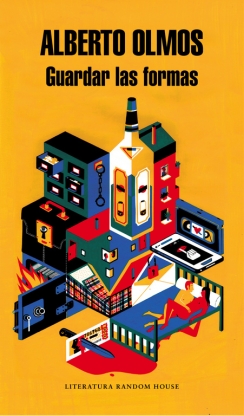 A collection of twelve ways to put things down in writing, twelve risky situations where loneliness, money, technology and death provoke empathy, fascination and thrills. A man locks himself away in a house, while a writer gets locked into a style. A woman sees double the bottles and the narrator sees twice the adjectives. A local hooligan isn’t sure whether his neighbors have hit the lottery, but he’s been chosen to be a first-person story. An immigrant receives three hours of silence on her cell phone, and the author writes an ellipsis. There is also a dying old man who burns all his books, a letter written to a little girl long ago, a guy who tries to not commit his crime, a boy who makes a mess with a VHS player and a retiree who records his encounters with life.

Alberto Olmos’s articles, short stories and essayshave been featured in several newspapers and inmagazines such as Qué leer, Quimera and Granta,which nominated him as one of the 22 best youngwriters in Spanish.