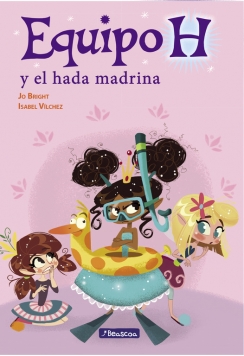 Priscilla has asked the five friends to complete an extra practice with Elvina, a young fairy godmother with an astounding talent for spells. But, because of a curse, the poor thing turns everything upside down! This is a mission for Team H!

Fairies exist, and they are all around us. There are all kinds, but they all have one thing in common: EVERY SINGLE ONE went to the same boarding school when they were younger: the Wisteria School for Fairies. In the academy, the members of the H Team - Helena, Haiti, Heire, Hilda and Holly – discover that they are the heirs to the Great Power of Wisteria and they have the primary virtues of a fairy. They will be in charge of solving the problems that no other fairy is capable of solving.