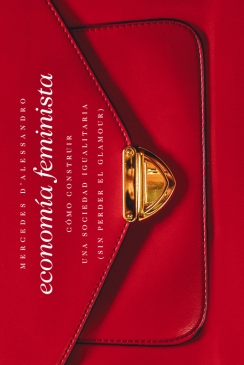 This is a book that questions the stereotypes about women in economics, politics, science, and business, reflecting on the social relationships. Why are only 4% of the largest businesses in the United States run by women, and only 2% in Latin America? How is it possible that in 2016 most countries have never had a female president? Why are women considered neat “freaks” and do most of the housework? The answers lead down various paths, from education to the money spent on makeup. Women’s massive entrance into the workforce rapidly and profoundly transformed society, which has yet to readapt. This book shows the new problems that working women face: the salary gap, their role at home, motherhood, poverty, inequality. Feminist Economy proposes an approach that shakes up the conceptual framework of economics as a science and puts forth new dimensions to the old discussions of inequality and poverty. Using data and statistics, readers will be able to see their reality from a new perspective.

ARGENTINA – Mercedes D’Alessandro (Posadas) has a website Economía Femini(s)ta, which discusses economic subjects with a gender perspective, and has been very popular on social media. She works to make economics more accessible, be it through participation in the press, radio, and television or through the creation of the Milton Friedman awards, which irreverently ask hundreds of economists and fans of economics to do their rankings. She taught Epistemology of Economics and led several research groups and publications, while also chairing the Political Economics department at the Universidad Nacional de General Sarmiento.