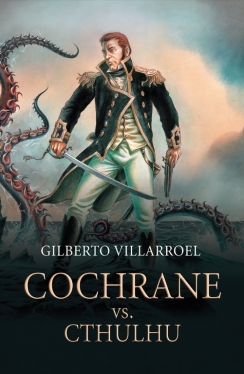 The epic action of the Napoleonic wars combined with the chills of Gothic terror in an historical novel about the most daring marine of all times when he confronts humanity’s greatest enemy.

Europe, 1815. Napoleon attempts to rearm his empire. On the west coast of France, he has built a secret armed castle, Fort Boyard, to keep enemy ships from entering. One night, the French soldiers capture their worst adversary, Thomas Cochrane, in the bay. The legendary sailor is now a fugitive from British law. At the same time, from the Atlantic, horrible and dangerous creatures are laying siege to the isolated fortress. The French soon discover that they must join forces with the cunning Lord Cochrane in order to fight this supernatural threat. Is Cthulhu, the sleeping god who will rise from the deep to reclaim his control of the world?
Utilizamos cookies propias y de terceros de analítica y de publicidad para mejorar tu experiencia de usuario. Si continúas navegando, consideramos que aceptas su uso.AceptarLeer más