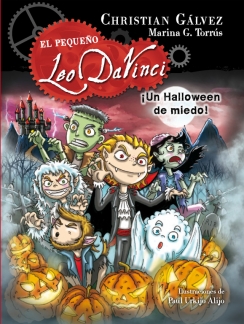 Halloween is coming up and Vlad the Impaler, Count of Transylvania, has gathered all of the most terrifying monsters in the world to celebrate it. On top of that, a little vampire with only one fang has kidnapped Violet, Emil’s little sister. Emil asks for help from Leo and his gang to rescue her, who find themselves testing out a new invention: a carriage that is powered by cow manure.

Can they rescue her before Vlad converts her into a vampire? Because being a vampire nowadays is not as great as it was…