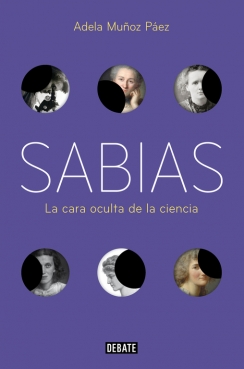 The hidden face of science: the fascinating stories of the female protagonists of the obscured history of science, the face of women who have remained invisible until now   Could it be that women are absent from the history of science because men didn’t allow them to take part in it? That’s not true. Despite the prohibitions, in every period and every civilization there were women who made relevant contributions to one or several fields of knowledge. What happened to them? In classical Greece, women exercising certain learned professions were subject to the death penalty. Later, when universities were created, a rule prohibited women, and that ban continued until less than a century ago. In the early 20th century, erudite medical doctors gave supposedly scientific arguments to explain women’s mental weakness. Others stated that the habit of studying exposed them to serious, permanent damage to their reproductive organs.

SPAIN – Adela Muñoz Páez (1958, Jaén) is a senior professor of Inorganic Chemistry at the University of Seville, where she teaches in the Chemistry and Physics departments. In recent years she has published more than fifty articles, particularly on women in the Third World, earning her second prize in the 2008 Carmen de Burgos Feminist Diffusion Award. Since March of 2010, she has been publishing monthly articles on women scientists in the magazine Redes, directed by Eduardo Punset. In 2012 she published her first book Historia del veneno. De la cicuta al polonio (Debate), and is also the biographer of Marie Sklodowska-Curie and Antoine Lavoisier, the father of chemistry.