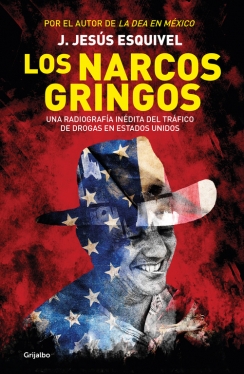 A book that is unique for its rigorous research into drug trafficking in the United States, a subject about which very little is known due to the myth that all drug dealers are Latin American. It reveals who the players in the narcotrafficking networks are, those who distribute and sell the drugs that have come from Mexico and other countries, once they have reached American soil. Unlike the traditional cartels in Mexico and Colombia, American drug traffickers are not large organizations but rather gang members, businessmen, the unemployed and simple regular citizens, who typically only manage to control a few streets or a few neighborhoods, and, in the case of the most powerful, a few counties. They are unknown figures in their communities who only use violence as a tool of domination amongst themselves, and whose murders and disappearances are classified as general homicides. Their fragmentation has made it difficult for the local, statewide, and federal authorities to achieve an effective strategy for dismantling them. The author spent time researching in various key cities, such as Chicago, Los Angeles, Miami and Baltimore, where he found drug dealers as young as thirteen years old.

MEXICO- J. JESÚS ESQUIVEL (Zinacantepec, State of Mexico, 1965) A writer and journalist, he is the American correspondent for the magazine Proceso and the Enfoque news program on Núcleo Radio Mil. He specializes in journalistic investigations into organized crime and the bilateral relationship between the United States and Mexico. Accredited by the White House, the US Congress and the Department of State, he has worked for Televisa, TV Azteca, Proceso and Radio Mil. He has been featured as a political analyst on various radio and television programs on stations such as National Public Radio, CNN, Univision, Al Jazeera, Telesur in Venezuela, and RCN in Colombia. He is an expert on American politics.