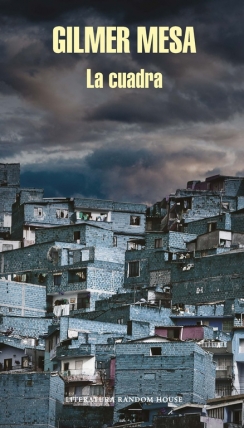 The nightmarish lives of a group of teenagers on one block of Medellín, who are recruited into Los Riscos (Pablo Escobar’s armed wing), as hit men The narrator shows an old photo of him and the kids in his neighborhood dressed up for Halloween, pointing out that every one of them, except him, is now dead. Then he starts to recall his childhood in the ‘80s, he ends up painting a terrifying portrait of what life was like for the kids in his neighborhood, in Medellín, in that period: a violent existence with no future, in which the only way to survive was earning a respect inextricably tied to fear. The narrator makes every effort to show what that Medellin –where Alquívar, his beloved brother, died- was like. This book emerges as a tribute to his brother and a testament to a dark and painful era.

COLOMBIA – GÍLMER DUBÁN MESA (Medellín, 1978) studied Philosophy and Letters at the Universidad Pontificia Bolivariana in Medellín, where he is now a professor. La cuadra is his first novel.