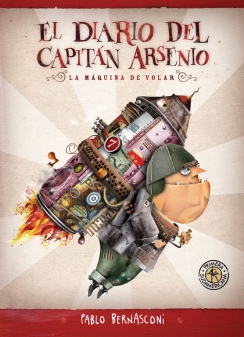 Captain Arsenio is an adventurer whose greatest desire is a dangerous one: he wants to fly like a bird. Follow Arsenio as he develops and tests his different flying machines! Captain Arsenio’s diary was found accidentally. It’s a very valuable manuscript that dates back to 1780. Its pages are full of sketches, doodles and technical annotations where he developed his different flying machines. Flying is a very common dream, and fantastic stories about the attempts abound, from Daedulus and Icarus to the successful Wright brothers. Many others, including scientists, philosophers, doctors, and especially crazy people, have wanted to make this dream come true. Captain Arsenio’s Diary tells the story of one such dreamer.