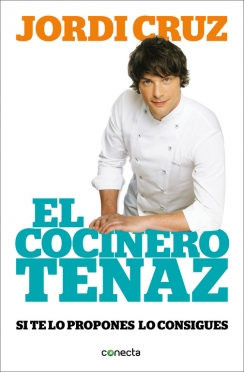 Looking back at 23 years in the profession, with a pinch of personal biography and a heap of success: Michelin stars, television, fame. What does it all mean? How do you define success? What advice would you give to a 14-year-old wanting to get into the field now, or someone just getting out of cooking school, or a young person who wants to start his own business?