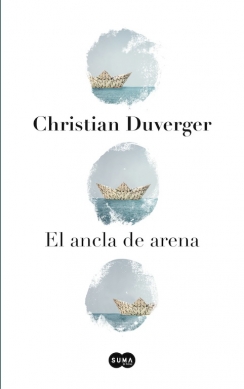 Crime, passion, murders, controversy. Two time lines. One enigmatic historical character: Did he murder his wife? Was he the Queen’s lover or a spy? Did he betray the crown?     On the border between France and Spain, a terrorist cell tries to smuggle in a historic manuscript in order to sell it on the black market as a way to finance their illegal activities. The police manage to intercept them and confiscate the manuscript. Historical experts determine that it’s Christopher Columbus’ diary, which has been missing for five centuries. But another version of the same diary appears, and all sorts of turbulent events begin to happen, including murders, robberies, love affairs, suspicions and revelations.   A whip-sharp police investigator and an eminent historian join forces in their search, traveling to Paris, Seville, Madrid, NY, Mexico City and Santo Domingo, to reveal aspects of the shadowy figure of the discoverer.

Christian Duverger holds a doctorate from theUniversity of Paris, and currently collaborateswith the National Institute of Anthropology andHistory, the National Anthropology and History School, and the National Autonomous University of Mexico. Among his works are La flor letal and El origen de los aztecas. He was honoured with the Prix du duc de Loubat de l’Académie des Inscriptions et Belles-Lettres in 1983, and the Prix Georges Goyau del’Académie Française in 1988.