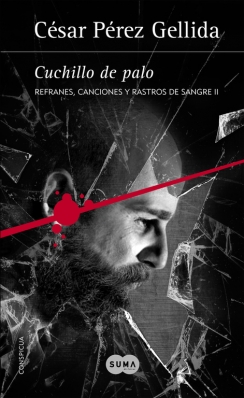 In Can’t Catch A Break we find Ramiro Sancho on temporary suspension due to the open file resulting from the disastrous upshot of the kidnapping. He’s been transferred to a remote region of Galicia (Val Miñor, Pontevedra) where he completely gives in to the pleasures of the flesh, alcohol, drugs, and gambling. Things get complicated when he incurs a debt to a member of the Nigerian mafia that traffics in women for the local brothels. Meanwhile, in Budapest, the Congregation amps up its activity, allowing readers to see its large scope of social and political power and its attempts to have major influence on the economy. The plots come together unexpectedly at a moment of high tension, revealing that the Nigerians belong to a branch of the Congregation involved in human trafficking.