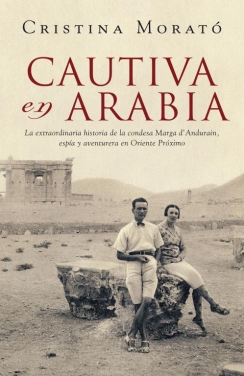 The life of Marga d´Andurain, spy and adventurer, was like something out of a novel, and was much talked about in her day. In 1933 she decided to set off on her craziest adventure: to be the first Western woman to travel to the forbidden city of Mecca. When she disembarked in Jeddah, she was discovered and imprisoned in the governor’s harem.