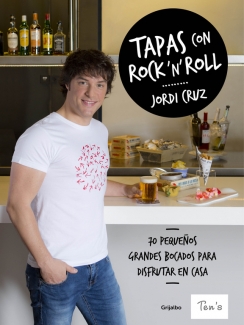 Prestigious chef Jordi Cruz, the winner of four Michelin stars, shows us how to prepare simple, creative tapas that combine classic and modern to produce delicious and attractive results.   In his new cookbook, he offers a large variety of classic Spanish recipes—like yummy tangy potatoes with foamy alioli, piquant sautéed vegetables, and battered, fried calamari—alongside more fancy concoctions such as cherry ceviche and foie gras with figs.   These "rogue tapas” are the most creative recipes to emerge from the kitchen of the restaurant Ten, which Jordi Cruz defines as equal parts traditional and avant-garde.