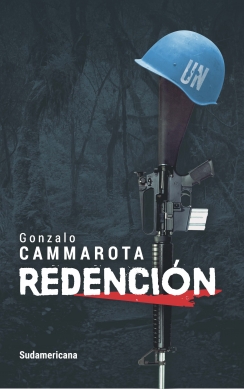 An obsessive detective quest for peace takes him to the edge of an abyss of violence, sex, darkness and dead-end alleys, without losing his sense of humor.   Francisco Perrone, a policeman in constant conflict with his own demons, must get into a complex network of illegal business, settling of scores, long-held secrets and dark interests, in order to find the truth behind the outward façade.   Air force pilot, Augusto Puig, the son of a military man implicated in the disappearances during the Uruguayan dictatorship, is murdered. Never Forget, Never Forgive is scrawled in the victim’s blood, on one of the walls of the crime scene. Everything seems to point to the work of a radical group that seeks justice for the crimes of the past. However, the investigation continues to suggest that a more profound and complicated scheme lies beneath the surface.

URUGUAY – Gonzalo Cammarota (Montevideo, 1976) is a leading author of Uruguayan crime novels, and studied psychology before devoting himself to broadcasting. Since 2002, along with Salvador Banchero, he hosts the radio program Justicia Infinita.