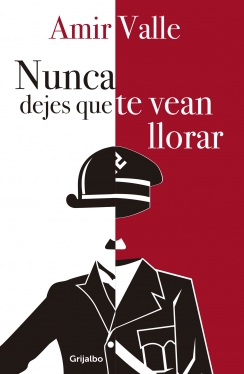 In March 1978 the world is shocked by the theft of Charlie Chaplin’s corpse. The thieves ask for money from his family, but the real motive is revenge. Nostalgic for past glory but convinced that Hitler’s dreams are still feasible, a secret former Nazi plans to instigate all the neo-Nazi cells with a symbolic act: profaning the English comic’s body, as retaliation for the unforgivable offense to the Führer and National Socialism of his film The Great Dictator. But stealing Chaplin’s body is just the start of a thrilling plot that takes place over several years and in various places (1942,  1952, 1978, 2007, 2009; Paris, Berlin, Hollywood, New York, Miami, Switzerland), featuring cameos by Goebbels, Hitler, Che Guevara, Joe DiMaggio, and Marilyn Monroe, and starring countless furious fascists who refuse to give up on the dream of an Aryan German empire.

Amir Valle is a Cuban writer and journalist whose prose has been praised by authors such as Gabriel García Márzquez, Herta Müller and Mario Vargas Llosa. His crime series El descenso a los infiernos,based on contemporary life in Havana, has earned him international recognition. In 2006, with Jineteras, he won the International Rodolfo Walsh Award for best non-fiction work in Spanish and that same year he was awarded the International Mario Vargas Llosa Prize for Fiction, for his historical novel Las palabras y los muertos. His most recent works include Las raíces del odio and the novelized biography Hugo Spadafora. Bajo la piel del hombre.