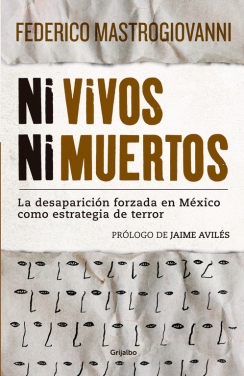 Federico Mastrogiovanni
Neither Dead Nor Alive

A revealing and timely investigation into forced disappearances in Mexico brought about by interests such as shifting populations off of their hydrocarbon-rich land so it can be exploited, with the Mexican government being one of the main forces behind them. This book is based on interviews with family members of the disappeared, experts in violence and drug-trafficking, historians, political scientists, activists, journalists, civil servants and victims.

Federico Mastrogiovanni is a journalist, photo journalist, and documentary filmmaker. He is currently the Mexican correspondent for the Italian publications Fatto Quotidiano and Opera Mundi, and a reporter for Loop and Gatopardo.