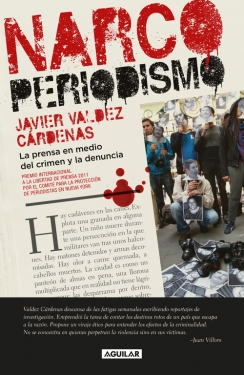 The illegal drug trade has an extraordinary influence on the information that is available in the media.   This book is an extremely well-researched investigation on the ways in which narcotrafficking destroys or seduces journalists. With a fiercely belligerent yet deeply human tone, Valdez Cárdenas reveals who has been victimized by drug dealers for seeking the truth, for writing bravely about their impunity and the injustices, while describing the actions of those reporters and analysts who collaborate with the narcos by trafficking information and highly paid services. This is an essential book for understanding the politics and society of contemporary Mexico, which is engaged in a war without precedent.