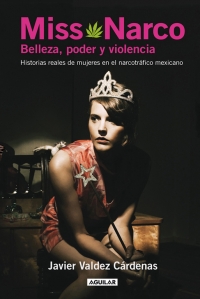 Lovers, friends and relatives: these are women with a burning, painful truth, who seek glamour and beauty, economic power and an escape from their reality. Women who live on the cusp of legality, violence and death; women who once dreamt of becoming beauty queens and have sunk into the delusions of crime. Miss Narco gathers moving and terrible accounts that reveal the consequences of finding yourself face to face with the world of drug trafficking, either by your own choice or by some unfortunate, unpredictable twist of fate that sometimes reaps devastating toll.