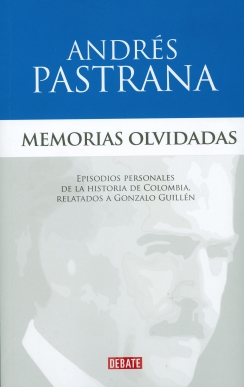 Some of the best-kept secrets of Colombia seen from the point of view of one of its most representative characters, ex-president Andrés Pastrana. He combines his account of the recent history of his country with a mesmerizing style and a handful of relevant information that the former president has collected along the years.

Andrés Pastrana Andrés Pastrana was the 30th President of Colombia from 1998 to 2002. He also wrote press articles on the production and trafficking of cocaine, for which he gained many journalistic awards.

Gonzalo Guillén Gonzalo Guillén is a renowned Colombian journalist. He has been awarded many different journalistic prizes for his work. He is also the author of Guerra es War, Un país de cafres, and Los confidentes de Pablo Escobar, among others.