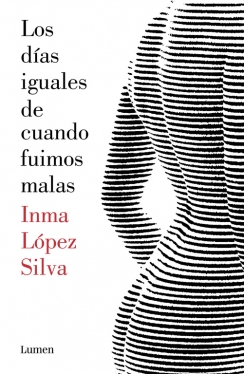 Inma López Silva
Every day was the same

Five women. Five interwoven stories of their time spent in prison. A narrative pacing, similar to that used in TV series: increasingly valued and enjoyed by contemporary readers   A nun who stole children, a whore disowned by her family, a Colombian woman sentenced for drug trafficking and a prison guard who wanted to be a dancer have something in common with Inma, the protagonist: the experience of prison and the unhappiness caused by those who pushed them to make the mistakes they did. There they are: chatting in the yard or lining up in the dining room. Different women come and go because prison is a transitory place, where routine and memories of an unfortunate past maintain an imposing presence. They seem just inmates, living each day the same. It takes a closer look to discover their splendid uniqueness.

Inma López Silva (Santiago de Compostela, 1978) is an author from Galicia with a solid career. She is a novelist, essayist, a doctor of philology, a theater critic and author of the novels Neve en abril (1996) Concubinas (Premio Xerais, 2002) and No quiero ser Doris Day (2006). She won the Blanco Amor Prize for Memoria de ciudades sen luz (2008), as well as the Bispo San Clemente Award and the Galician Writers’ Association Prize, which is the most prestigious awarded in that language. She has also published the story collections Rosas, corvos e cancions (2000) and Tinta (2012). She has translated such authors as Albert Camus and Jean Genet into Galician. As an essayist her focus is on the analysis of and reflection on theater and she has also dealt with the subject of motherhood. This book is the consolidation of Inma López Silva as a literary talent, a very promising young female voice now in the Spanish language.