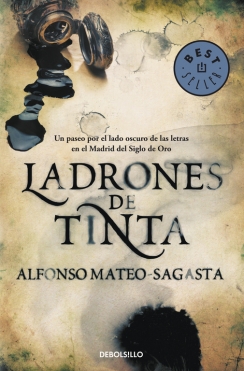 The first installment of the series. Ten years after Francisco de Robles published the greatest hit of his life, El ingenioso hidalgo don Quijote de la Mancha, he’s ready to embrace fame as Miguel de Cervantes is finishing the second part. But before he has the chance to publish it, someone called Alonso Fernández de Avellaneda publishes another version and steals his business, so Francisco asks Isidoro Montemayor to investigate the case.