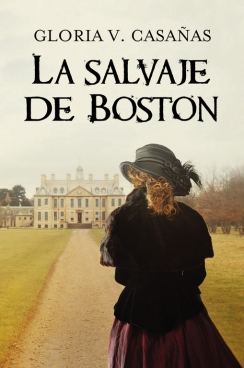 Two people who challenge the social models, each one in their own way, will debate as they try to achieve a balance with their hearts. Livia Cañumil decides to travel to America to specialize in kindergarten teaching. New England society catapults Livia into a tumult of new ideas, political partisanship, and women’s movements until fate leads her to the Robinson family. Unexpectedly, she finds herself forced to fight in the war of passion, the only battle for which she has no weapons. Jeremías Robinson, a very wealthy man, who has been always plagued by misfortune, started as a poor Irish immigrant in a society that demands credentials in order to succeed; where he had to learn to survive with his fists in the most heinous situations.

ARGENTINA – Gloria V. Casañas (Buenos Aires) is a lawyer, professor and a highly successful published author of seven novels. Writing poems and short stories gradually led her to the novel, which is now her favorite genre.