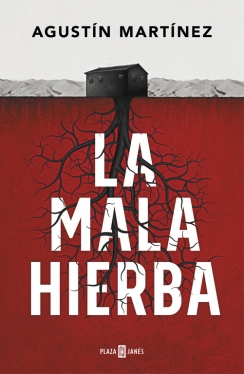 Can a fourteen-year-old girl be considered responsible for a murder? Is she a bad seed that needs to be nipped in the bud?

Jacobo and his wife Irene suffer a home invasion by armed men, and she dies tragically while he is left in a coma. When Jacobo wakes up in the hospital months later, the police inform him that fourteen-year-old Miriam, the couple’s only child, is being held in a juvenile detention center. All signs point to Miriam having hired those men to kill her own parents.

Jacobo resists believing the charges and clings desperately to his daughter’s testimony: she accuses a third man, whom she always calls The Butcher. That is when Jacobo meets Nora, a lawyer who, of her own volition, has decided to defend Miriam. Their parallel investigations will culminate in a new terrible bombshell leading to a surprising and devastating finale.