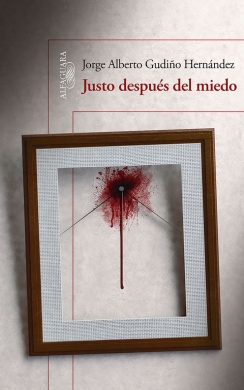 Alistair Peak receives an invitation to a strange art exhibition entitled Just After Fear, a display of photographs taken at the exact moment when subjects are about to suffer some serious, irrevocable pain: the instant before an amputation, a shattered knee, a broken finger. The image of their frozen faces depict what happens just after fear arrives. Alistair doesn’t understand why he was invited until, in the final room, he sees a photograph of his father’s death by a firing squad. He soon realizes that he is the next target of Laskie, the rich patron funding the exhibition, and that the brains behind these perverse images is Ilya, the woman Alistair loves.