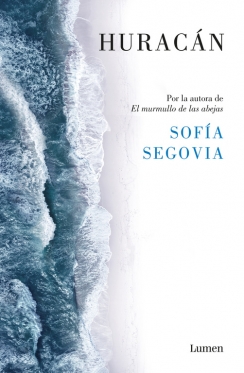 A hurricane is approaching a Mexican island in the Caribbean, but the storm is not only in the sky: two marriages that were in a state of calm now lie in its path. Trapped in the hotel by the weather warning, the situation forces the couples to be in close quarters and rub up against each other. Just one night will reveal buried fears, the deepest of resentments and old scars that never healed.

In another time period on the same island, lived Aniceto Mora who survived as a pig farmer after being shamelessly abandoned by his family. His childhood that went from bad stenches to poverty to the scorn from adults and his survival story is proof that there are lives that are marked by misfortune and fateful circumstances. That’s when the law of survival prevails.

Linking the two stories through destiny, Hurricane is a powerful metaphor for pain that crosses time periods. It is a novel which secures Sofía Segovia, the author of The Buzzing of the Bees, as one of the most powerful and original voices of her generation

Sofía Segovia was born in Monterrey, where she still lives. She studied Communication Science in her hometown’s university. She has worked as a ghostwriter for many social and political personalities, and as a playwright. She is the author of The Buzzing of the Bees (Lumen, 2015), a novel which has earned her praise from critics and readers alike.