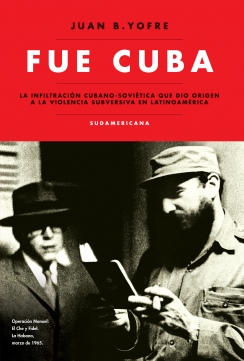 Juan B. Yofre
It Was Cuba

On March 19th 1976 Argentine society listened attentively as the opposition leader established his position towards what appeared to be imminent: a new coup d’état. The armed phenomenon in Latin America —particularly in Argentina— had begun several years earlier in Cuba, when the new leaders decided to export their revolution, aimed not a liberating countries from their reigning dictatorships, but rather at promoting a Marxist-Leninist revolution. In this book, Yofre has gathered unpublished documents that prove this, some of them from the archives of the former Czechoslovakian Minister of the Interior.

Juan Bautista Yofre worked for the Inter-American Development Bank and the Organization of American States. In 1989, Argentine president Carlos Saúl Menem named him head of the Secretary of State Intelligence. In 1993, he returned to Argentina and worked as Secretary of State.