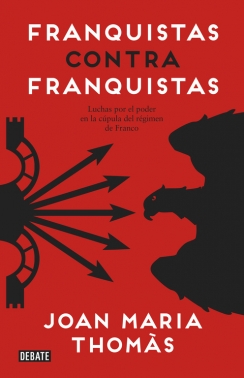 The most detailed account of the little-known internal fighting in the coalition that won the Spanish Civil War. Despite a fundamental shared program that was anti-communist and the left in general, opposed democracy and liberalism, as well as freemasonry, and was in favor of Catholicism, and the use of violence as a political tool, Francoism included different sectors that competed for power. These internal struggles right at the end of the war have rarely been studied and are part of a fascinating history of the regime’s evolution and inner power struggles over the next forty years.

Joan Maria Thomàs is a professor of Contemporary History at the Universidad Rovira i Virgili. In 1992 he won the City of Barcelona Prize in History, in 1993 the “Serra d’Or” Critics’ Prize and in 2015 the Narcís Monturiol Medal for scientific and technological merit. He is a member of the American Historical Association and an Academic Correspondent of Spain’s Royal Academy of History