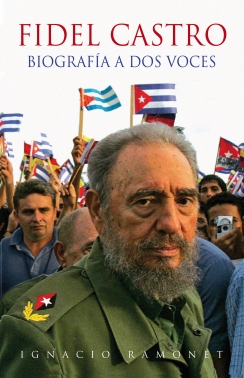 Fidel Castro is the only world leader to have outlasted eleven US presidents, has survived over 600 assassination attempts and remains one of the twentieth century’s most controversial figures.

Here Castro tells his story in full for the first time, speaking openly about everything from his parents and earliest influences to his imprisonment, guerrilla war and the Cuban revolution and on to the Bay of Pigs, the missile crisis and his relationship with Che Guevara. He also remembers the people he knew, from John F. Kennedy to Ernest Hemingway. Whatever your views on Castro are, this is an essential record of an incredible life – and even more extraordinary times.

Journalist, sociologist, and one of the most representative voices in the anti-globalization movement, Ignacio Ramonet has managed to reveal the keys to the Cuban Revolution in a humane, political biography of the last “sacred monster” in international politics.