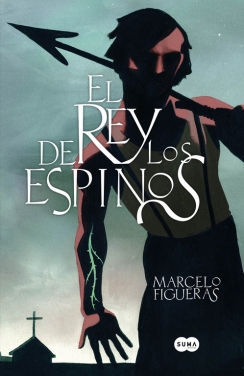 Marcelo Figueras
The King of Thorns

In 2019, a famous Argentine comic writer is killed by the Secret State Police. To the young gravedigger Milo’s amazement, at the funeral he recognizes four of the author’s characters, each apparently arising from another world and time. With strong and unique characters like these, Figueras develops an enthralling story that has more in common with our real world than we might think at first glance.

Marcelo Figueras is a writer, filmmaker and journalist, who has interviewed Madonna, Julia Roberts, Mick Jagger, Paul McCartney, Woody Allen, Arthur Miller and Martin Scorsese, among others. He used to write for the literary blog El Boomeran(g).