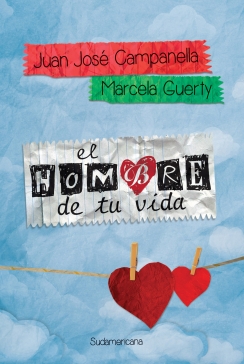 Juan José Campanella, Marcela Guerty
The Man of Your Dreams

Hugo Bermúdez is a regular guy, hardworking, honest, and the self-sacrificing single father of a teenager. In the throes of a midlife crisis, unemployed, and emotionally wounded, he accepts a job out of economic necessity at a company called “The Love of Your Life”, where he will find himself the love object of hundreds of women.

Marcela Guerty is the author of numerous Argentinean television programs including Culpables, Soy gitano, Padre Coraje, Hombres de honor, Son de Fierro and Eve, mi mensaje. She is the creator and author, together with Juan José Campanella, of El hombre de tu vida, the television series on which this novel is based. She has written screen plays such as El día que me amen, Apasionados, Anita, and Elsa & Fred.