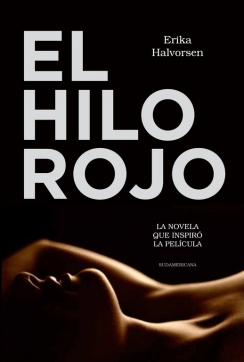 A story that will leave you breathless, in which the boldest and most daring fantasies come true

There’s a Chinese legend that an invisible red thread connects those who are destined to meet, no matter when, where or how. Antón and April seem to be tied by that inevitable fate. It is love at first sight when they meet on a plane. But fate separates them and their paths don’t cross again until several years later. They are both happily married and have families. Yet desire again traps them in its web: they experience another unforgettable encounter, putting their values and beliefs at stake.   The Red Thread inspired the film, an erotic and romantic tale of two people debating between passion and love, adventure and routine, the call of the forbidden and the warmth of the home hearth.