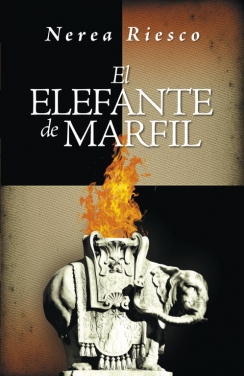 It was All Saints’ Day, 1755, and Doña Julia was listening to mass in the Cathedral of Seville as she tried to forget the seductive eyes of Salvador, the mysterious apprentice in the family business. However, Julia felt into Salvador’s arms. Since then, she would become a mere pawn in a chess game played by the Christian and the Muslim for five centuries already… Only he, who holds the figure of the white knight, will play the game.

She is a regular contributor to El País, teaches classes in radio locution at the Facultad de Comunicación in Seville, and is a professor of Creative Writing Workshops at the Centro Andaluz de las Letras (CAL).
www.nereariesco.com