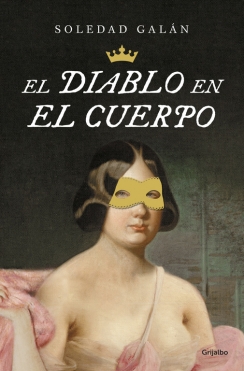 Soledad Galán
Devil in the Body

This narrative voice leads readers on a thrilling voyage in this well-rounded and ambitious erotic book. Set in Spain in the 19th century, it tells the story of Isabella II, a powerful and contradictory woman who sat on the throne but did not govern. Forced into marriage to Francisco de Asís de Borbón, her secretly homosexual cousin, young Isabella indulged in all the carnal desires that women of the period were not allowed. This is the story of a woman who lived only for pleasure. Lust and politics: the end of a Spain trapped between encroaching foreign revolutions and other, more intimate, intense and unusual ones that were harder to anticipate.