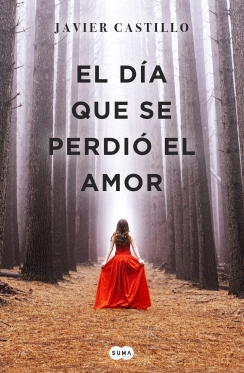 Feelings and characters, too strong and real, trap and drown the reader in a spiral of suspense loaded with one of the purest love stories the genre has ever seen

After what happened in Boston, Jacob and Amanda try to build a life together in New York, but the appearance of an enormous spiral painted on the wall of their house erodes their hopes for the future.   A young woman, full of bruises, arrives naked at the FBI buildings in New York. The head of the criminology unit investigates what could be behind a yellowed note with the name of a woman who hours later appears decapitated in a field.   The investigation is submerged in a story of love and vengeance that is connected to the disappearance of a young girl years earlier, and whose whereabouts were never located.   The sequel of The Day Sanity Was Lost.

Spain-Javier Castillo. Born in Malaga in 1987, young Javier Castillo is a creator of worlds, a builder of labyrinths, a dreamer of lives, and a lover of dreams. He self-published El día que se perdió la cordura on Amazon where it holds steady in the top ranks of suspense and crime fiction, already selling 25,000 copies in digital format.