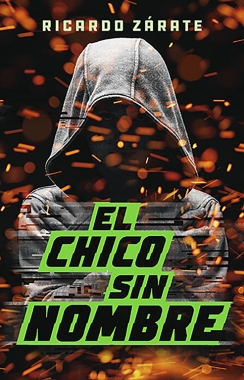 Ricardo Zárate
The boy with no name

Alex loved his brother with all of his might, and finding him meant finding himself… He would do anything for him.

Dante was kidnapped ten years ago and left a void in his parent’s and his brother’s life. When the police stopped investigating for lack of clues, Alex decides to find him on his own. With the help of his best friend, an agent who knows more than she appears to, and his own skills with the deep web at his fingertips, he contacts a marginalized and clandestine community with a love for the macabre. And so this hacker discovers unspeakable secrets related to political ambitions.
Utilizamos cookies propias y de terceros de analítica y de publicidad para mejorar tu experiencia de usuario. Si continúas navegando, consideramos que aceptas su uso.AceptarLeer más