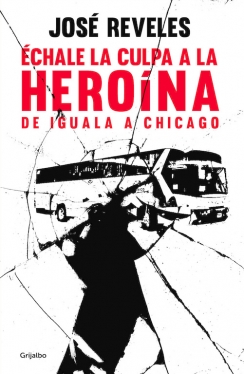 For decades, Mexican traffickers have produced a dark heroin called “Mexican black tar.” It is as potent as the white stuff but cheaper and considered more dangerous and of lower quality, because it’s one thing to inject yourself with a white or semitransparent drug, and quite another to shoot something dark and dirty-looking into your veins.   This book shows clearly how Mexican narcotraffickers have surpassed the Colombians by better domesticating the poppy from Afghanistan and the Golden Triangle in Southeastern Asia (Myanmar, Laos and Thailand), which they grow over thousands of acres with much more production capacity.   In the state of Guerrero, plagued by the worst criminal practices, is the city of Iguala, the main point of heroin production in all of Mexico and the entire American continent, second only to Afghanistan worldwide. It generates at least 17 billion dollars annually in verifiable profits, thanks to the permissiveness, condoning, and enabling policies that are analyzed in this work.

MEXICO – José Reveles (Mexico City, 1944) is a journalist with more than 40 years of experience. He has been a contributor to the newspaper El Financiero, the news weekly Proceso and the Italian press agency ANSA. In 2001 he won the National Journalism Prize. His investigations have focused on human rights, the abuses of power, the repression of social movements and Mexico’s conversion into a militarized state, among other subjects.