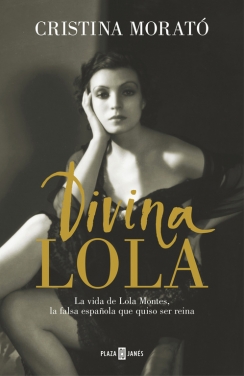 Lola was one of the most famous women of the 19th century, who dazzled with her sweeping beauty and passionate temperament, until a king fell in love with her   A gripping biography, marked by the scandal. Lola Montes had the world at her feet. Neither her name was Lola Montes nor she was Spanish, but she reinvented herself with a spectacular physique, a captivating beauty and a superb intelligence. She managed to reach the pinnacle of fame as a dancer, performing on the most important stages around Europe, despite not knowing how to dance.   King Ludwig I of Bavaria fell in love with her, made her a countess, and ended up abdicating for her. She hobnobbed with the most famous politicians, writers, musicians, and aristocrats of the era: including Alexandre Dumas, Liszt, George Sand, etc. Her life was a succession of eccentricities and scandals.