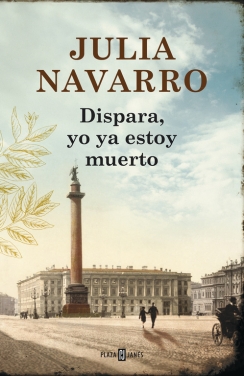 (Dispara, yo ya estoy muerto)

At the twilight of the 19th century, the Zuckers, banned from Russia because of their Jewish identity, set out for the Promised Land. They buy lands from the Ziads, an Arabic family. With a background of threats, unleashed betrayals, and thirst for vengeance, the lives of the Zuckers and the Ziads weave a story full of stories in a great novel that hides many novels inside, and it culminates in 1948.