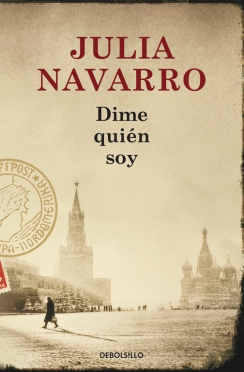 Julia Navarro
Tell Me Who I Am

A journalist receives a proposal to investigate his great-grandmother’s hazardous life: a revolutionary character, wife and lover, spy and murderer, that will always stand by her principles, facing the facts and making mistakes she’ll never be able to put behind her. A novel that masterfully portrays the history of the European 20th century, from the tumultuous years of the Spanish Second Republic to World War II, the Cold War and fall of the Berlin Wall.