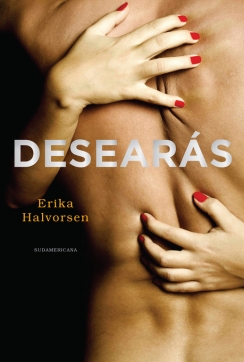 Erika Halvorsen
You will desire

Twice narrated by sisters Lucía and Ofelia, this book is set in the 1960s and 70s. They never would have been friends, but they ended up sisters. There has always been a rivalry between them, which only grew worse over the years. After seven years without speaking, Lucía decides to marry Juan in a private ceremony, and her mother invites Ofelia, accompanied by her boyfriend. This is how the sisters reencounter each other, and unbeknownst to them they will be part of a triangle that will force them into their deepest longings, and reveal a perturbing fantasy that opens them up to their most provocative desire.